Ueber-Brands and The Art of Myth-Making

Many definitions of myths talk of ‘lies’ – or at least ‘a stretching of the truth’.  So we shouldn’t really care much for them.  Yet, myths have not only been told and re-told across the millenniums, they have been consistent in their content and construction … and preserved their emotional appeal and power over humans.  Myths are ‘evergreen.’ We still read the myths of the Greek but have also translated many to our current day. Myths are clichés by nature; that’s what makes them work. They’re easy to understand and touch our heart – whether we want them to or not. That’s how they capture us and how they can guide us.

And when a brand can become (part of) a myth it can harness some of that irresistible power of attraction.   Loose yourself with Red Bull, which gives you wings (and you might crash in the end, like Icarus) , or ‘motor’ in a MINI and you might transform into that friendly but determined bulldog challenger (Porsche, make way).  There is a reason why the British talk of the film ‘The Italian Job’ as ‘iconic’ and the role of the (original) Mini in it as ‘mythical’. To them the ‘little car that could’ has symbolized the superiority of British wits over continental cunning or grandeur more than once.  Others are ‘mystified’ by all things Coco and follow ‘religiously’ whatever latest manifestation Karl Lagerfeld, the high priest of Chanel and guardian of the Coco myth, puts on show.  Many will know some of the Coco-lore: the significance of the numbers 5, 31 or 2.55, the camellia, the inter-locking Cs, the color black or the chain as a strap or belt…  Most 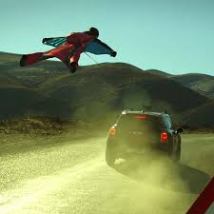 Red Bull and MINI – A meeting of Myths

importantly, connoisseurs, aficionados, journalists… bloggers and other ‘influencers’ will revel in re-discovering, over and over stories about their modern, rebellious, liberated but also suffering woman Ueber-Hero, Coco.

So how might a brand harness myth making and give it a chance to to join the firmament of the Ueber-Brands?

Making Myths: What To Respect

Making myths sits at the core of our book ‘Rethinking Prestige Branding,’  at the center of the seven principles for building modern prestige or Ueber-Brands.  Here is a short review of some practical insights into how to evolve a story or history into a compelling brand myth. Clearly, this topic is endless.  We just want to cover the four most important aspects based on our learning, each of which would warrant a deep-dive of its own.

1. The Need To Listen

The first important point: only if you’re a good listener will you ever be a good storyteller or myth-maker. Sometimes this is called the Harun-al-Rashid: ‘You’ll only hear the unheard of when you take yourself back – and listen’. According to myth, Harun-al-Rashid, fabled caliph of Baghdad in the 8th century and key protagonist if not author of The Book of one Thousand and one Nights, would regularly venture out at night, in disguise. The reason: he wanted to understand how to lead his people, and he knew that he could only find out what really motivated or concerned them if he listened to their stories. So he did. And so should any marketer, trying to understand and build his or her brand’s story and develop its myth. Angela Ahrendts and Christopher Bailey did it at Burberry, where one of their first acts was to hire a cultural anthropologist to talk to employees to help them understand and record the brand story, of which they would then jointly write the next chapter or better chapters – as well as marketing and mythical Ueber-Brand history. Watch a video interview with Ms. Ahrends on the subject in our Book Materials section.

More than ice-cream. An epic story.

Nomen est omen – it’s all in the name. Or better, it should be. The more evocative your brand’s name, the more connected to its myth, the better. Your name is your header. Just think of the fragrance ‘Invictus’ by Paco Rabanne. Not only will almost everyone, even non-Latin speakers, understand ‘invincible’ and connote ‘victorious’, but because of the use of Latin you’re also immediately transported to the world of ancient Rome, gladiators and larger-than-life heroes.  Mythical indeed and an immediate hit.   The same goes for Napapijri, a European active and casual wear brand building its myth around polar expeditions and adventurous explorations. You’ll be hard pressed to find anyone able to trace the name back to the Finnish term for polar circle. But it definitely sounds exotic – somewhere between Native American, Sami, Inuit or Japanese – as well as the fact that it links to ‘knapsack’ and phonetically mimics a journey from the familiar (nap) to the unknown (pijri). Not so bad for a brand that wants you to feel venturesome and connected with the myths of the poles. ‘Mykita’ on the other hand, the hot-as-hell optics brand from Berlin, goes a completely different route. The name literally means ‘my Kita’, with ‘Kita’ being short for the German ‘Kindertagestaette’, the place where the brand resides as well as the origin of its mythical rise, an abandoned kindergarten. No matter which way you go, connotative (Invictus), associative (Napapijri) or denotative (Mykita) the more the name sparks people’s imagination the better. In that sense shooting for all three certainly doesn’t hurt. By the way, a semiotic analysis of your brand and your name is never a bad idea, especially when building a myth.

‘Patagonia’ is another evocative name.  But the myth doesn’t stop there:  Did you know that the peak in the middle of the logo outlines Monte Fitz Roy, one of the toughest to climb (fewer make it than up the Everest).  The epic, overland journey to Patagonia and ascent of Fitz Roy not only made Yvon Chouinard dream up the brand but also started his conversion from reclusive adventurer into an environmental activist. – At least so the story goes, as you can read in our brand case study.

3. The Importance Of Struggle

‘As a storyteller you want to position the problems in the foreground and then show how you’ve overcome them’, says Robert McKee, one of the world’s best-known screenwriting lecturers from LA. Painting a rosy, streamlined picture is the farthest thing from a myth. It’s boring and banal. Stories, and especially myths, have to connect with life if they want to help us ‘reach beyond’ or ‘guide us’. Life is messy, a continuous struggle. That’s why strong myths always have a great deal of adversaries for the protagonist to overcome. Only then do they ring true, can we believe in them. Plus, it is of course so much more suspenseful, attention grabbing and memorable, which is the cardinal point for any Ueber-Brand.

4. The Question Of Truth

At last we come back to where we started and tackle the key question: must a myth be true? Yes and no. The core and everything that’s material to the claim you’re making must be. But you can embellish. Actually you must dramatize, because otherwise you are just recounting history. You want to stylize and elevate your brand to a position beyond time and place, and that means you have to move beyond, where reality meets mythology. A pretty good example in this respect is Bacardi. Their ‘Untameable’ campaign does chronicle the brand’s true history, but it also takes it to a higher, mythical level by using it to present themselves as a force of irrepressible passion.The question remains though if that fits with their product, rum, which is usually connected with a more fluid, relaxed energy. A negative example is definitely the much-hyped Himalaya salt. The whole idea of it being purer, healthier and tastier turned out to be more than dubious, and its customers suddenly felt much more ashamed than advanced. The same is true for The Body Shop, which had to live through allegations of foul play on pretty much every level after its founder, Anita Roddick, died in 2007. The brand never regained the mythic Ueber-Brand status it once had and has been languishing ever since. 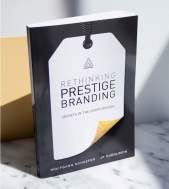 For those who want to go even deeper, we recommend studying the writings of Joseph Campbell and engaging with his foundation.

“Myths are public dreams and Dreams are private myths”

JP Kuehlwein is Principal at ‘Ueber-Brands’ a New York consulting firm that helps elevate brands in the minds of people and above competition to warrant premium pricing and profits. He previously was Executive Vice President at Frédéric Fekkai & Co, a prestige salon operator and hair care brand and worked at multinational Procter & Gamble as Brand Director and Director of Strategy. JP is a recognized global business leader and brand builder with a 25+ year track record of translating consumer and brand insights into transformational propositions that win in market. His experience spans from developing a global communication strategy for the world’s leading detergent to introducing a new-to-the-world food wrap, disposable diapers as a category in India and a premium skin care brand in China to turning around a luxury lifestyle brand in the US. JP’s latest book is the bestselling “Rethinking Prestige Branding – Secrets of the Ueber-Brands” which he co-authored with Wolfgang Schaefer.
View all posts by JP Kuehlwein →
Gallery | This entry was posted in 3 - From Myth to Meaning - The best way up is to go deep and tagged Angela Ahrends, Anita Roddick, Bacardi, brand myth, Burberry, chanel, Coco Chanel, Harun-al-Rashid, Invictus, MINI, Mykita, Napapijri, Patagonia, Red Bull, The Body Shop. Bookmark the permalink.

3 Responses to Ueber-Brands and The Art of Myth-Making