During religious or national holidays, we are reminded of the global power of legends, or one legend in particular. Without stepping on any religious toes I think it’s save to say that we need stories to believe – and make others believe. Without their narrative our religions would be nothing but sets of more or less abstract values and principles. We could agree with them, even develop a certain level of conviction. But it would be a purely rational, cognitive affair without the power to pull our heart-strings and create unquestioned devotion – or loyalty beyond reason as we like to call it in marketing jargon.

So how does one develop a legend, a story that has the power to pull us in, bypassing our critical filters and controls?

Joseph Campbell has thought a lot about this and developed his Monomyth theory (see Joseph Campbell, The Hero with a Thousand Faces), arguing that most – if not all – strong narratives around the world share a similar, fundamental structure: A hero ventures from the known into the unknown where he deals with (often supernatural) forces, wins a victory and returns home with the power to change the world for himself and his fellow men – usually for the better. Based on this he defined 17 stages which every monomyth cycles through, clustered in the three big chapters of Departure, Initiation and Return.

Of course we can see this structure clearly in all religious myths – often in multiple layers and intertwined stories. Just think of Maria and Joseph leaving Nazareth, fighting and escaping various challenges and returning as parents of the messiah. Or Jesus himself, venturing out and into Jerusalem, suffering all kinds of betrayals and evil, to finally ascend as Christ – with the world a very different place ever after. Or Buddha, leaving his royal life behind to find – and guide us to – illumination after having struggled through a whole number of trials.

But it’s not only the world’s big collective creeds that follow this basic plot structure. It’s also the more mundane and regionally specific narratives like fairy tales, fables or today’s heart-warming gossip and Hollywood blockbusters from “Its a Wonderful Life” to “Life of Pi” that hold true to this fundamental script of hero winning against all odds to “arrive where he started and know the place for the first time”  as T.S. Eliot calls it in Little Gidding (see T.S. Eliot).

And it’s the same in our commercial sphere. Today’s successful brand stories or legends all follow a similar pattern. Coco Chanel overcoming a difficult childhood as well as social and romantic hardship to conquer the French establishment and revolutionize the way women dress and see themselves. 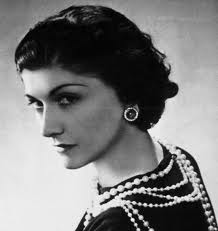 A classic monomyth if ever there was one, retold and -lived by Karl Lagerfeld in his very own way. So much so, that it spawned movies (Coco 2009) and endless yellow press stories about Herrn Lagerfeld and his legendary life (style). Same with Giorgio Armani, taking the world by storm after outfitting American Gigolo (American Gigolo, 1980), re-defining and -constructing male suits and ushering in a whole era of Italian fashion design, not to mention growing his own empire through discipline and obsessiveness, to the point of sacrificing personal or familial happiness.

Now, it’s fairly easy to see these myth at work in glamorous, personality (hero) driven enterprises like fashion. But they work actually just the same in more mundane categories, like yoghurt for instance (Stonyfield) or soft drinks (Red Bull). Red Bull is a particularly intriguing story, given that it not only revolutionized an entire industry and defined a whole new category on a premium price level, but did so from scratch and maintained its mystique and superior pull despite unparalleled success and global ubiquity.

It all started in 1984 with an Austrian traveler and entrepreneur discovering a sickly-sweet drink in Thailand and deciding to import it to Europe. Soon the legal authorities objected and blacklisted the product in various markets. Of course this instantaneously made it super-desirable in the then burgeoning underground techno-scene giving it almost cult-like and semi drug status, leading to massive illegal smuggling: A legend was born.

Savvy refrain from massive marketing with a focus on shrewd support of rather off-beat extreme sports and music events did the rest. Until today. Being available in every supermarket between Des Moines and Klagenfurt, Sochi and Porto, Red Bull has still managed to keep a certain anti-establishment aura and appeal of illicit pleasure, nutured by non-traditional bottom-up marketing and carefully staged partner- and sponsorships with underground festivals or out-of-this-world stunts like the one by Felix Baumgaertner . Successfully perpetrating the story of the mystical power source and drink of choice for all super-humans, rebels and iconoclasts.

Based on all this, I decided to take a closer look at Campbell’s model and tried to put together a somewhat streamlined version for developing compelling brand legends. It consists of 7 stages (vs Campbell’s original 17), still following the three meta chapters of Separation, Initiation and Return.

Based on JosephCampbells Monomyth Theory

Most successful brand (his)stories start with what I call The Calling, an unsatisfactory situation, a challenge or simply the feeling of something missing. Good examples for this are Coco Chanel seeing traditional female fashion as limiting, undermining emancipatory ideals of women in the 1920s. Or Gary Hirshberg, founder of Stonyfield Farm, being dismayed with the unsustainable, non-ecologically sound practices and products of the existing big food companies at the turn of the millennium. Important to note is that at this point you mostly don’t have a clear idea of the brand’s final purpose or workings yet, let alone the details of the products, services etc. What almost all legendary tales start out with is simply a heavy dose of unease,  knowing what you don’t want or what to change. This gives it drive. And a sense of suspense. Because its the journey into the unknown that makes for fascinating stories.

The second chapter is the core of the legend: The Inspiration. This is where the fundamentals of the future brand are being laid out, it’s unique solution to the problem identified in the first chapter and its core reason for success. This may be a technological discovery, an ingenious approach, a unique recipe, a product innovation, a different design or cultural approach … anything that necessitates a new venture and gives it a compelling raison d’etre. It is usually at this point also that the brands iconic products are created, the heroes that epitomize all the brand is going to stand for – Louis Vuitton’s monogrammed canvas or Coca Cola’s bottle and graphics for instance.

Of course no story is truly interesting without a couple of challenges along the way, all helping to shape the final brands essence, detailing its resolve and superiority (because of course the challenges are all mastered) and cementing it’s fame. I put this chapter in brackets as it is not essential for the brands core legend. But like any garnish it is important as it dramatizes the main point by putting it in context, adding flavor and interest and thus should not be underestimated or disregarded entirely.

Same with The Belief. It’s a mere set-up to the following one, not a must, but helpful in making the key points very clear and laying out your argument. It’s a summary and reflection of all that happened so far, with the benefit of hindsight. It condenses and defines what the brand has learned and come to stand for – its tried and tested believes.

The chapter thereafter, The Apotheosis, takes this all to a higher level – literally and figuratively. This is the point at which the brand is elevated to knighthood (if not divinity) so to speak. The hero has conquered what he set out to conquer and shines in all his or her glory. For brands this means turning coincidence into necessity and reality into philosophy. Describing how the brand and it’s offers have become an indispensable part of our world, even changed it in many cases, and how what began as a revolutionary and sketchy idea has turned into a veritable and respected alternative – if not the new paradigm. It takes the inspiration from chapter 2 and reframes it as a proven philosophy, the new way to dress or drive, eat or think, love or live. This is where the brands mantra resides, it’s unassailable truth that guides everything the brand does from now on and forms the base contract with all it’s stakeholders.

The Whole Foods mission statement hangs in every store

The Principles detail this in a pragmatic way. They turn essence into action and story into imperative, kinda like the 10 commandments. Think of the pledges many companies make to their customers or the mission plaques they put out to focus their employees. The key here is to walk the fine line between the overly grandiose, but often generic and abstract, and the too detailed which is usually uninspiring and not memorable. 10 is thus not a bad number. But less can even be more.

Finally, The Future. This is the cliff hanger which any story needs. Keeping the suspense – and setting up the sequel. Fairy tales may end with “happily ever after” but we all know that there is no such thing. We all need to change to stay the same. And brands do too. That’s why you should write your brand legend with possible scenarios for future developments in mind. The next hero product, the upcoming challenge or the latest signs indicating major shifts. All that will give you a way to show how the best is still going to come – and you are here to stay.

One last thing: No legend is perfect without a hero. A strong character that can personify and drive your story.  This is what most tales evolve around. And also what most successful brands have in common. It doesn’t necessarily have to be the founder or entrepreneur. It can also be a researcher (think about Max Huber for Creme de la Mer) or your customer service manager (Wendy Kaufman for Snapple). What it usually can not be is an institution or a committee. Because corporate structures are not really good when it comes to heroic undertakings. And they certainly don’t make for strong empathy, which is what the whole brand legend is ultimately all about. But most importantly they cannot credibly connect to the challenger spirit that all brands – like anything new – are born from originally. And which every brand is well advised to stay in touch with even though it may have reached maturity and turned into the new establishment over the years.  Because this is the best way it will always stay true to its soul – and touch all our hearts.

4 Responses to Creating a Myth